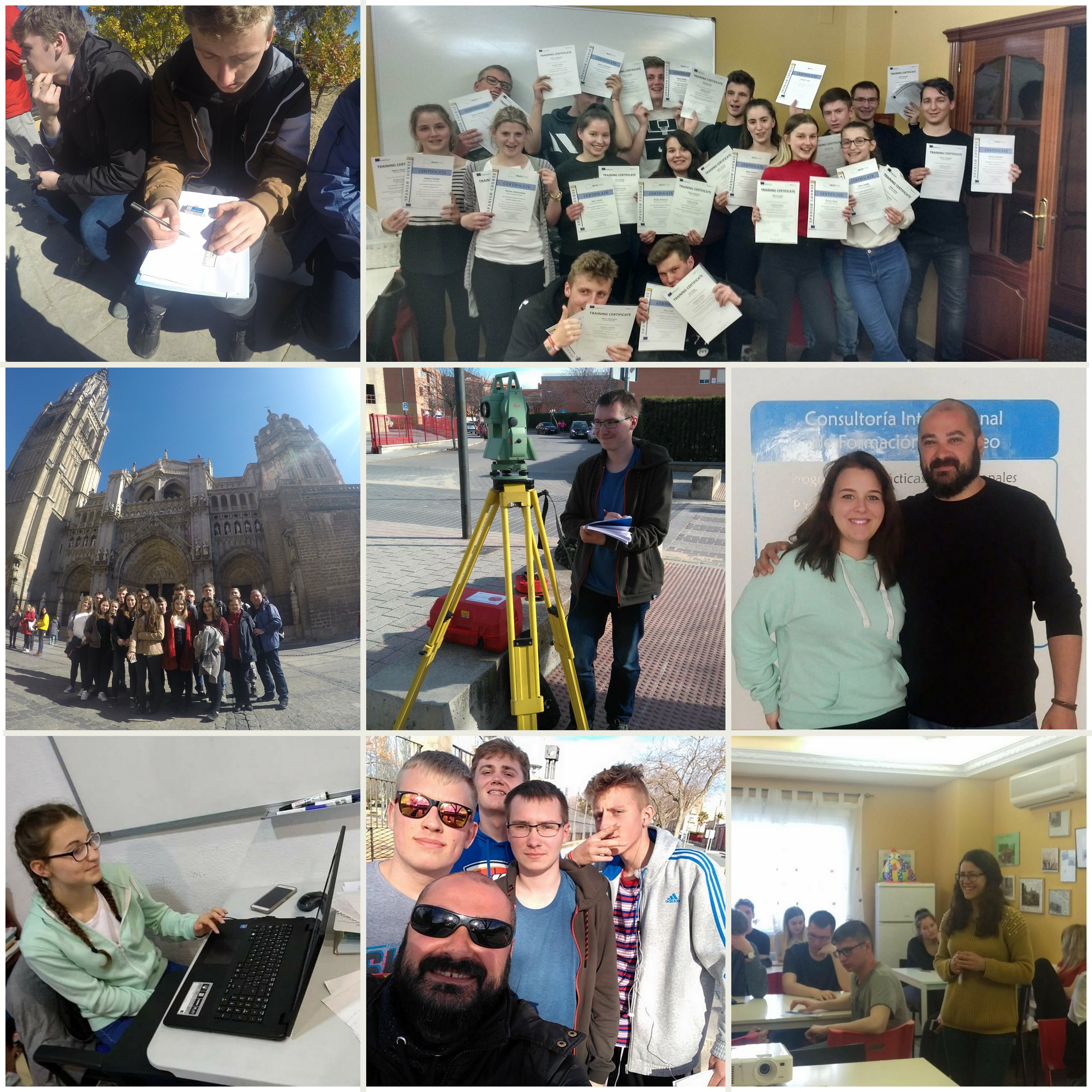 At the end of February Ubeda hosted a group of Polish trainees from Gdańsk. Sixteen geodesy students came here to spend two intensive weeks working on a project in a local park.

The trainees, in small groups, had to prepare a complete topographic project of a park of Ubeda. They needed to create topographic bases. They had to measure and calculate different types of coordinates. They were preparing sketches and taking photos of the strategic points of the park. Then, students had to import the data from EXCEL into AutoCAD, develop a topographic map in the program and write a report including each stage of the project.

The trainees had an opportunity not only to use in practice their professional knowledge and skills, but also they could learn new methods of work, using a different type of equipment and software.

To increase their language abilities, the group took part in a Spanish course. They practiced a vocabulary from the sector of geodesy, learned some basic expressions and they participated in many interesting games and exercises and outdoor activities.

On weekends students went on trips to see some amazing Spanish cities.
They visited Baeza, a small town next to Ubeda, which is one of the most beautiful historical cities with well-preserved examples of Renaissance architecture in Spain. Together with Ubeda, they are included in a World Heritage List by UNESCO.

The second trip was to Toledo, a city located on a rocky mountain in the heart of Spain, only 70 kilometers from the capital. It is another city, that has been listed as a World Heritage List by UNESCO. Trainees could see many famous and world-known monuments and admire the charm of the city.

The trainees participated also in a trip to Córdoba. In the 10th century, Córdoba was considered the most populous city in the world. Today is still one of the biggest cities in Spain. In Cordoba, students could see remains of three great religions, that once peacefully coexisted there: Islam, Christianity and Judaism. Participants had a great opportunity to visit the historic center and see all of the most important monuments, like The Great Mosque-Cathedral, the Alcazar, The Roman Bridge and many more.

We hope that the time our trainees spent in Ubeda will stay in their memory and inspire them for a long time. ‘I am happy with the internship. It was an interesting experience. My tutor is a great professional and very nice person. He shared with me his knowledge not only from the area of topography but also Spanish culture and traditions’. ‘I am completely satisfied with the internship. I could practice the knowledge I gained at school and learn new things. We worked in small teams in a nice atmosphere, which was a very nice experience for me’. ‘I am very happy with the internship. I learned to work in a different system and I could always count on the help of my tutors’.