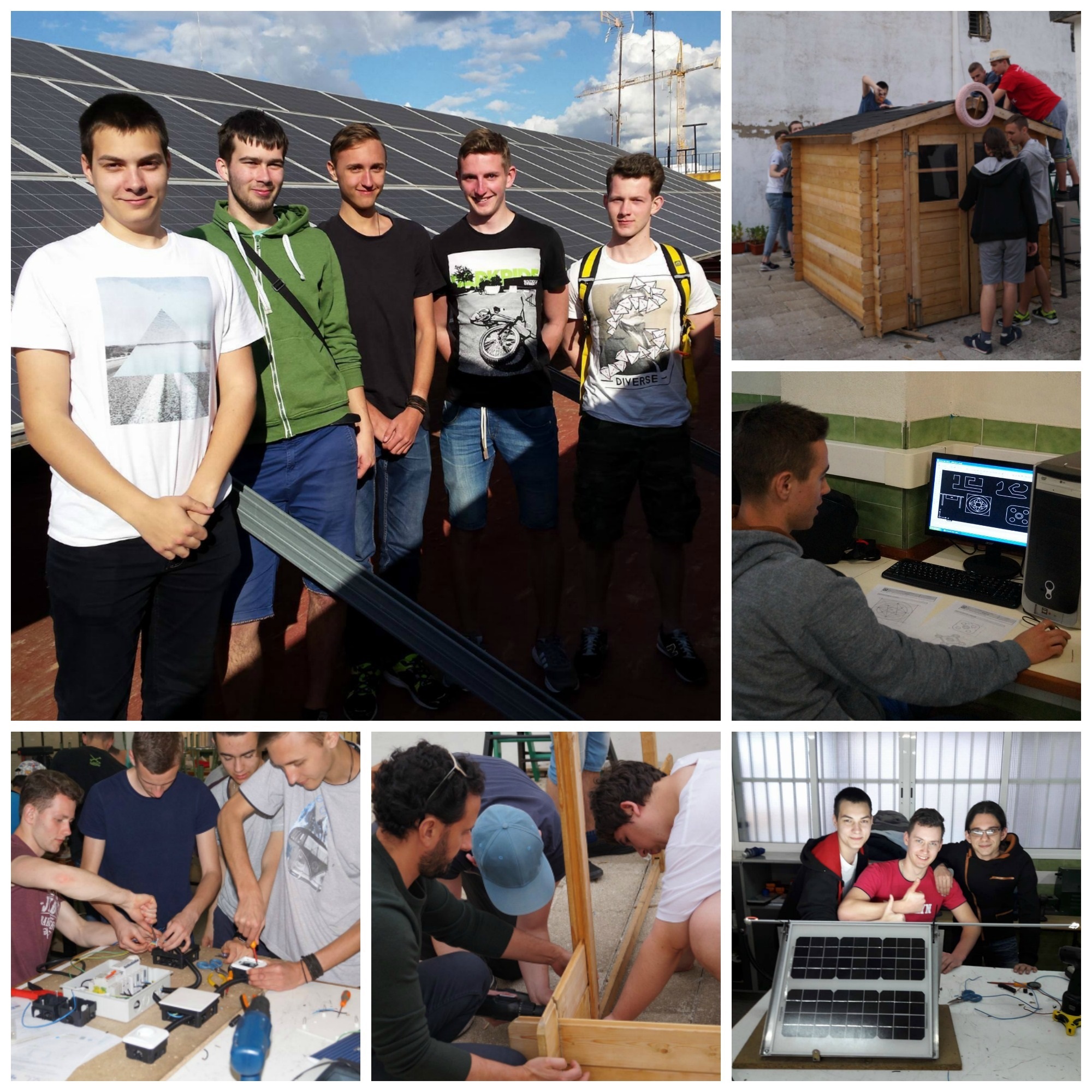 In March 2017, our team in Seville was happy to receive a group of 16 trainees ready for their internships on solar energy at a local vocational school. During their two-week internship building a solar house, the trainees carried out all sorts of tasks, such as:

Apart from that, their free time was filled with nice activities to show them all the sides of the Andalusian culture: they visited a solar plant, went on a cultural bike tour, and undertook two trips, one to Cadiz and the other of Malaga.

We received very positive feedback from and about this group and are sure their newly acquired skills will come in handy for them in the future. ‘In the project we are building a self-sufficient energy house. I learned a lot about solar energy. I have learned ways to get energy from the sun using solar panels, solar towers, parabolic panels and water heating panels. I also learned how to use AutoCad and how to calculate panel settings. I liked the whole project very much and it taught me a lot.‘