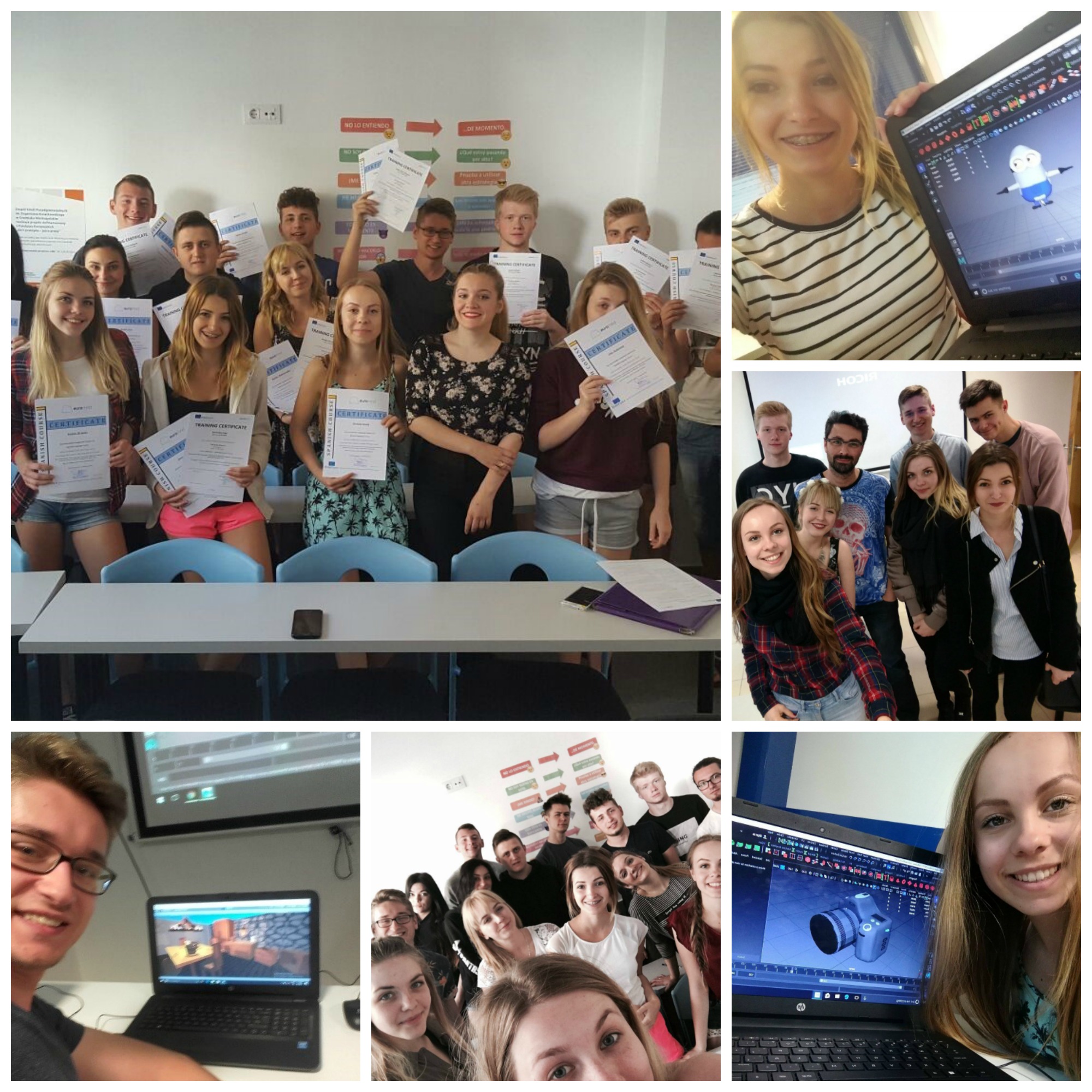 20th March 2017, a new group of trainees arrive at their workplace. These 16 Polish youngsters are ready to carry out an internship of three weeks working as video game designers. During their traineeship, the group carried out tasks such as:

But the trainee’s stay in Spain was not limited to their internship. In their free time, the trainees were taught Spanish;, enjoyed a Flamenco show and learnt to dance themselves; did a Stadium Tour, visiting the home stadium of Betis, one of the two Sevillian football clubs playing in first division; visited the royal bullring, went on a trip to Granada and enjoyed a study visit to the company they did their internship at, where a few game prototypes were shown.

We hope the trainees had a great stay and significantly expanded their knowledge about video design.

‘I think that practice in Spain really increased my skills. Thanks to this practice I got to know the language and culture of Spain, the program Unity, how to make 3D models in the program Maya and I met many interesting people. It opened a lot of new ways for my future.’ ‘A couple of years ago, I fell in love with art and computer games, this is also the reason why I was overjoyed that I would have my practice here, in Seville. During the practice I have seen that creating a game is not so easy as I thought. I discovered many captivating and useful things about creating 3D models in the program Maya or programming already existing models in a game engine, Unity. I spent my time here at doing what I love and also I explored the city to see the gorgeous monuments and to learn as much as I can about the new culture. I have had great teachers like Maria, Mauricio and Lolo – they are the best example of people who love their work. For me was absolutely inspiring! I hope that one day I will be back in Spain to check my language skills again.’

All Projects, Electronics, Graphic Design, IT