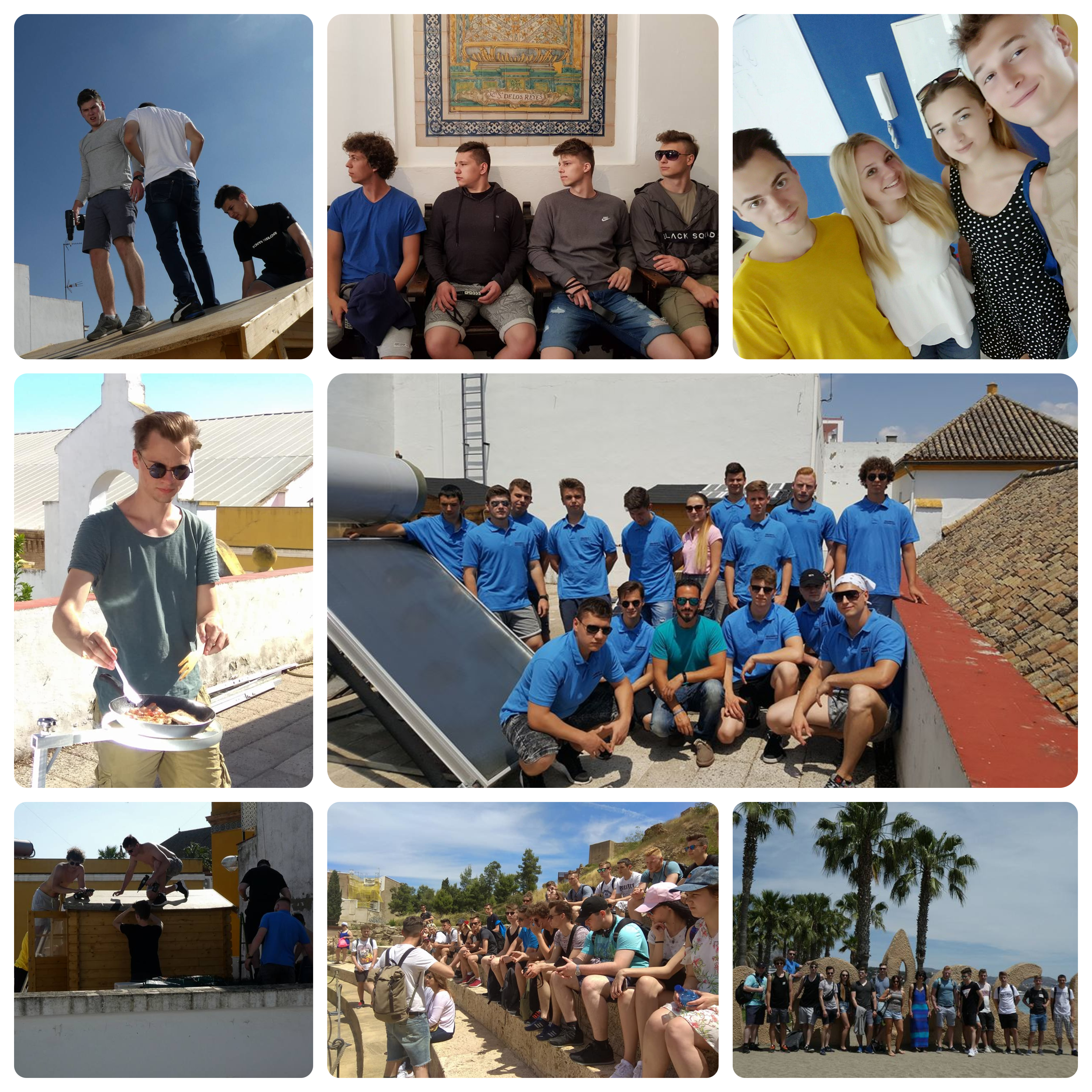 In May 2017, we had the pleasure to host a group of 16 Polish students from Gliwice for their two-weeks work experience in Seville. Their formative training was about working in the Renewable Energies sector, in the specific field of Solar Energy and Solar House. In the company where they were working in, they developed their knowledge building their own solar house and carried out several tasks, such as:

Moreover, they learned some Spanish and some Spanish culture during a Spanish course and a Seville Tour, as well as they had a marvellous and overwhelming trip to the beautiful city of Malaga. During Tapas Night they could taste some local specialties like Spanish tortilla or pulpo a la gallega. The group had also some sports activities such as City Bike Tour, that enabled them to discover more secrets of the Andalusian capital. They could also take part in a study visit to an international company that applies innovative technology solutions for sustainability in the energy and environment sectors generating electricity from renewable resources; there they understood new technologies types, whose operation depends on solar energy and they broaden their knowledge about thermo-solar technologies and its uses in the human development. Spending time in Spain was awesome. Apprenticeship with Manuel and Spanish lesson with Mari was useful. I learned how to make an electric installation in-house and many other things. In my opinion, it will help me to pass the exam in Poland. Spanish lessons showed me a culture of this place and it was helping me when I want to talk with people here. I never forget the time that I was spending here. We had our practice in SAFA School. We have lived in a beautiful city – Seville in Andalusia. We have made a house with fully equipped electric and hot water installations. We improved our knowledge of renewable energy and improved our skills in making installations. Spanish lessons were very interesting. Our teacher Mari was great and can make a fun atmosphere. The city is beautiful. I want to stay here longer.