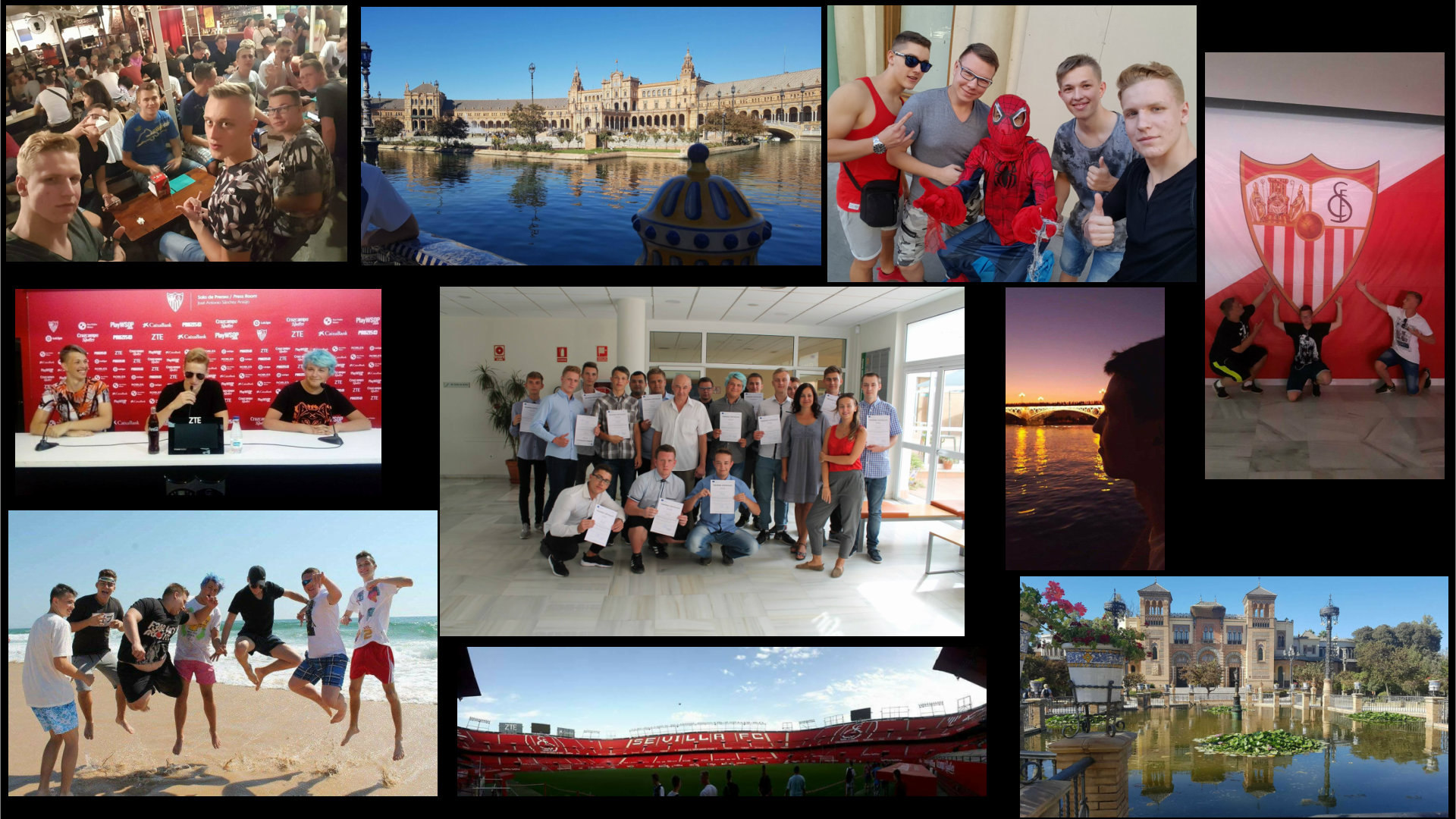 In October 2017, 16 trainees from Skarżysko-Kamienna (Poland) spent their time in Seville to do a work-experience in the Video Games Developing sector. The objective of the internship was to develop their professional abilities in fields of Media, Video Games Programming and Graphic Design; during their internship, they carried out several tasks, such as:

Furthermore, they had the opportunity to know and learn about the Spanish language and culture during a Spanish course and a Seville Tour. They could also enjoy a Study visit in a company that presented electric cars, as well as having a great time during a trip to the Portuguese city of Tavira.

We hope that our trainees learned a lot and that they will make good use of this experience in their future work and private life. ‘This tour was really productive, I learned basic skills in Unity3D, I improved language abilities, programming in C# and many others. The teacher was really sympathetic and cheerful, working with him was really good. Seville was a beautiful city, with many monuments, friendly people and diverse food, trips around the city were wonderful.’ ‘This practice was curious and I learned a lot of interesting things such as 3D design, programming and using Unity engine. The teacher was speaking English very well, and he always helped when I needed this. The trips were amazing because I learned the history of Spain and I saw a lot of monuments. The whole project Erasmus+ was very good organized.’ ‘I think two weeks in Seville were very nice. I learned a lot, I learned Spanish, good people and some Spanish culture. I ate traditional dishes. I learned the basic operation of the Unity engine. Spain and people made a good impression on me and I hope to come back here in future!’