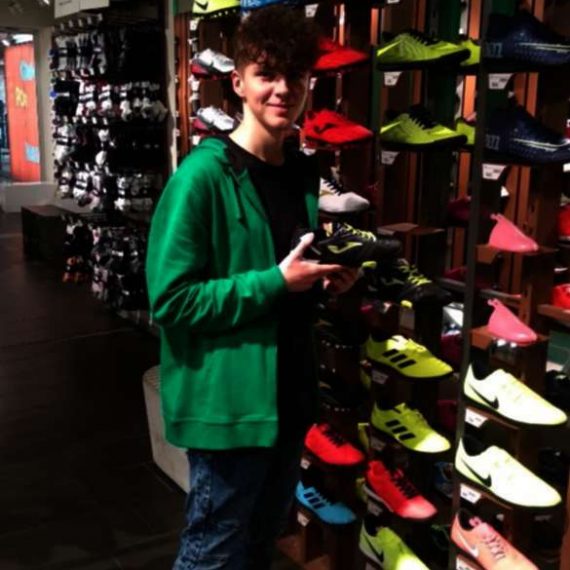 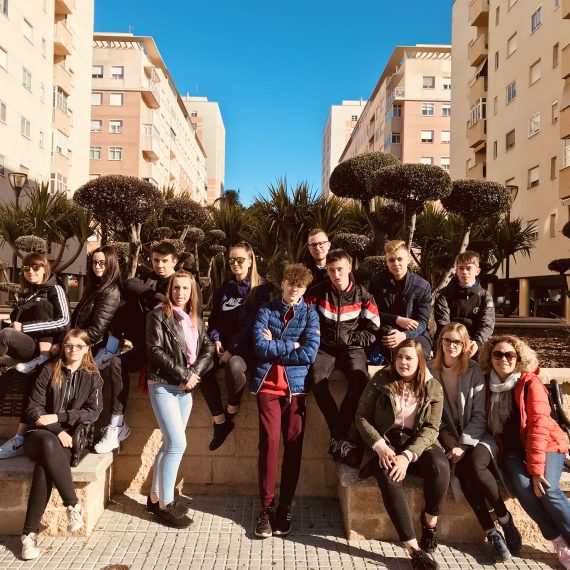 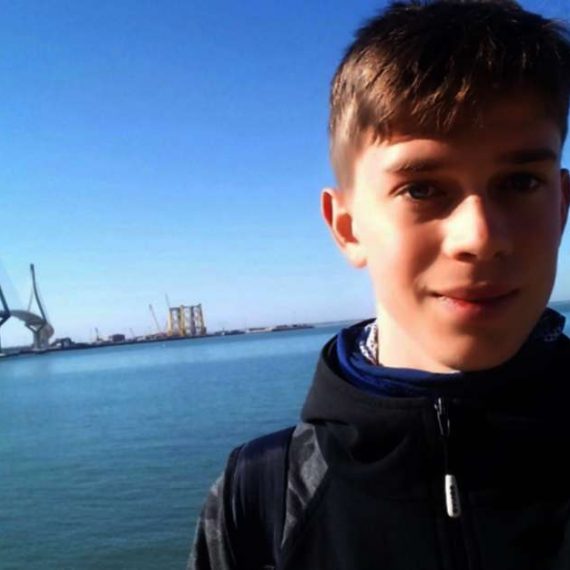 In November, a group of 18 Polish students stayed with euroMind in Seville to carry out various work experience placements. These placements included working as cooks, and variations of logistical workers/stock boys.

The students working as chefs and cooks had a number of responsibilities and learning experiences. They were able to learn about typical Spanish cuisine and local specialties, and applied this knowledge in order to assist in the preparation of these dishes within the restaurants. They also learnt some important kitchen skills, including correct knife handling, and pretreatment of seafood dishes. Those working in logistics positions were responsible for organizing products in both the store and warehouse areas, as well as monitoring the data collection systems. This included creating displays within store spaces, and correctly handling and labelling products within warehouse areas.

The trainees also participated in a few cultural activities during their time in Spain. The first of these was a tour of Seville, run by euroMind, which allowed the trainees to get to know Seville from both historical and artistic points of view. They were also shown where the best food places were, along with the popular places to relax. They also had the opportunity to visit another city in the South of Spain; Cordoba. During this trip, they visited, the Mezquita (a UNESCO World Heritage Site), a site which used to be an Islamic mosque, however was later converted into a Catholic denominational Christian cathedral. They also visited other main attractions in Cordoba such as the Alcazar, the Calahorra Tower, and the Roman Bridge of Cordoba. Finally, the students visited the main town in the Sierra de Aracena mountain range, Aracena, which has been declared a Property of Cultural Interest. The town is most famous for the cave complexes within it (some of the most interesting in Spain), which our trainees were fortunate enough to be able to visit.

The students enjoyed their stay in Seville, and look forward to implementing the skills they learned in the workplace to future jobs in Poland. They were also grateful to have learned about Spanish culture and language, a skill which will be very useful in the future. I worked in a restaurant. I dealt with food preparation, and learnt new skills and interesting recipes, e.g. croquetas and Spanish salad (ensaladilla). The atmosphere at work was very friendly and people were very positive. To kill our free time, we often went on walks and spent time in the city. Seville is a beautiful city and has many interesting places, most of the time I spent with friends by the river. It is a very beautiful place, especially at night it makes a great impression. My name is Klaudia Gronska and I worked in a small tapas bar restaurant. The crew was very nice, polite and willing to help. We were preparing many interesting dishes, typically Spanish and world-wide! I think that this internship has taught me a lot. I really liked coming to this job and it was very hard for me to say goodbye to everyone. 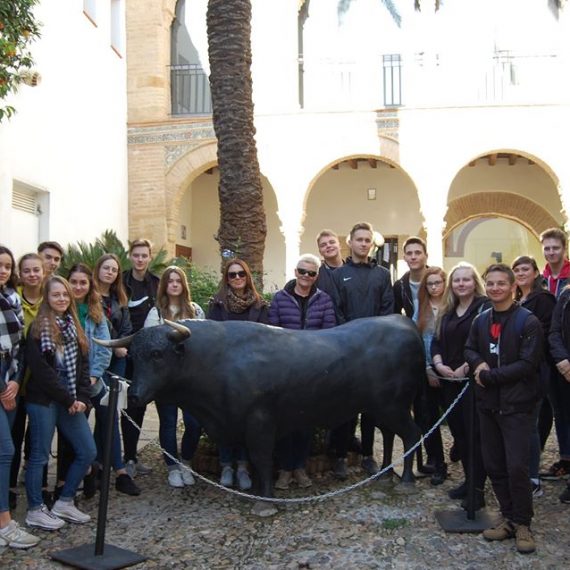 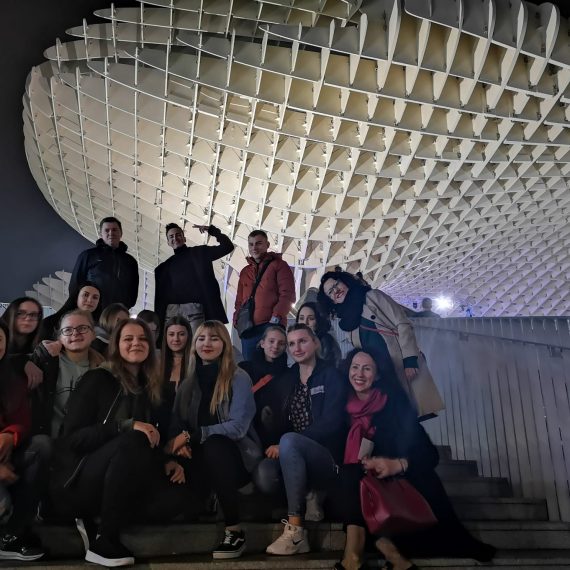 Students from Poland enjoyed placements in the winter sun