Polish electricians and IT specialists from Warsaw in Ubeda | Euromind
28699
portfolio_page-template-default,single,single-portfolio_page,postid-28699,ajax_fade,page_not_loaded,,qode-theme-ver-2.0,wpb-js-composer js-comp-ver-4.12,vc_responsive 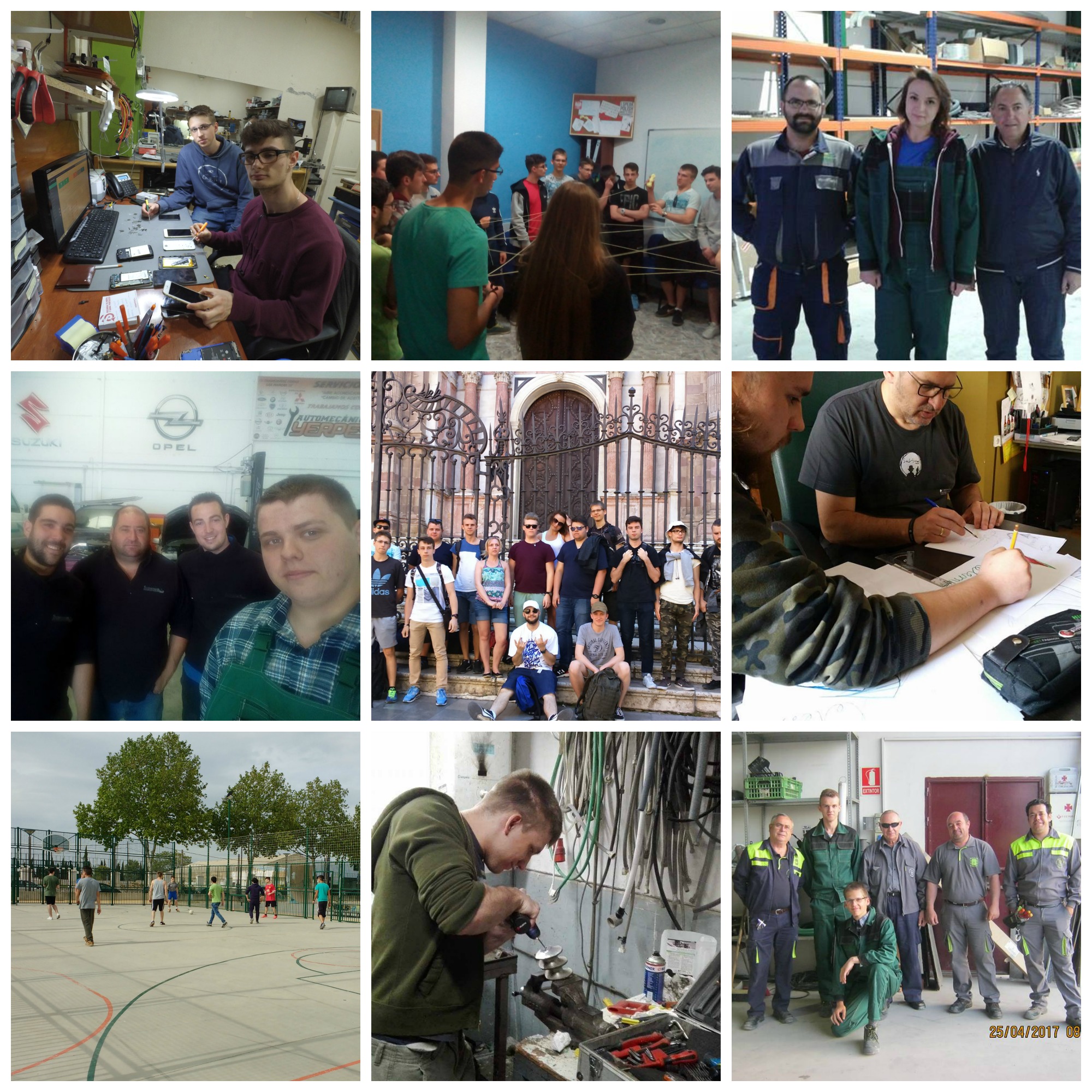 15 Polish trainees arrived in Ubeda in the middle of April to participate in four weeks training in the field of electricity and IT.

Working in local companies they were developing their professional abilities along with soft skills and language competencies.

The IT specialists could practice formatting and installation of hardware, software and operating systems, they learned how to configure the network, repair laptops and PCs.
In their work, they were detecting throughput problems and removing malwares using appropriate tools and equipment.  They could see how IT services works and some of them had the opportunity to create a website layout and make digital sketches.

The group of electricians found out how to install and repair basic electrical systems, how to disassemble and remove different units and also how to properly prepare the workplace and how to select right tools, equipment and other needed materials.

In their workplaces and during the Spanish classes they were using both, Spanish and English. Thus they expanded their communication and interpersonal skills. They gained more assertiveness and resourcefulness.

The internship gave them a chance not only to improve in their profession but also to be sucked into the Spanish culture.

They took part in an integration lesson with a group of Spanish boys that later joined them on the football pitch. In this outdoors activity they could initiate an international friendship, show their fighting spirit and simply enjoy their time together.

Another afternoon the group went bowling to have an exciting competition and a lot of fun.

They also tied specialties of Ubeda during the “tapas night” and they participate in Spanish guitar workshop, where passionate musician shared with them his knowledge about Spanish music and the craft of making instruments.

The group visited Málaga, one of the important Andalusian cities located on the coast. They could see all its most important monuments, admire beautiful panorama and relax on the local beach. “The internship in this place fulfilled all my expectations. The atmosphere was nice and cheerful what makes the time of work nicer and the attitude of stuff towards me was very positive.” “The placement and the internship were wonderful.
Mostly due to friendly, open staff that cares about their trainee.They were always open to share their knowledge in nice, funny atmosphere.”

All Projects, Electricians, IT