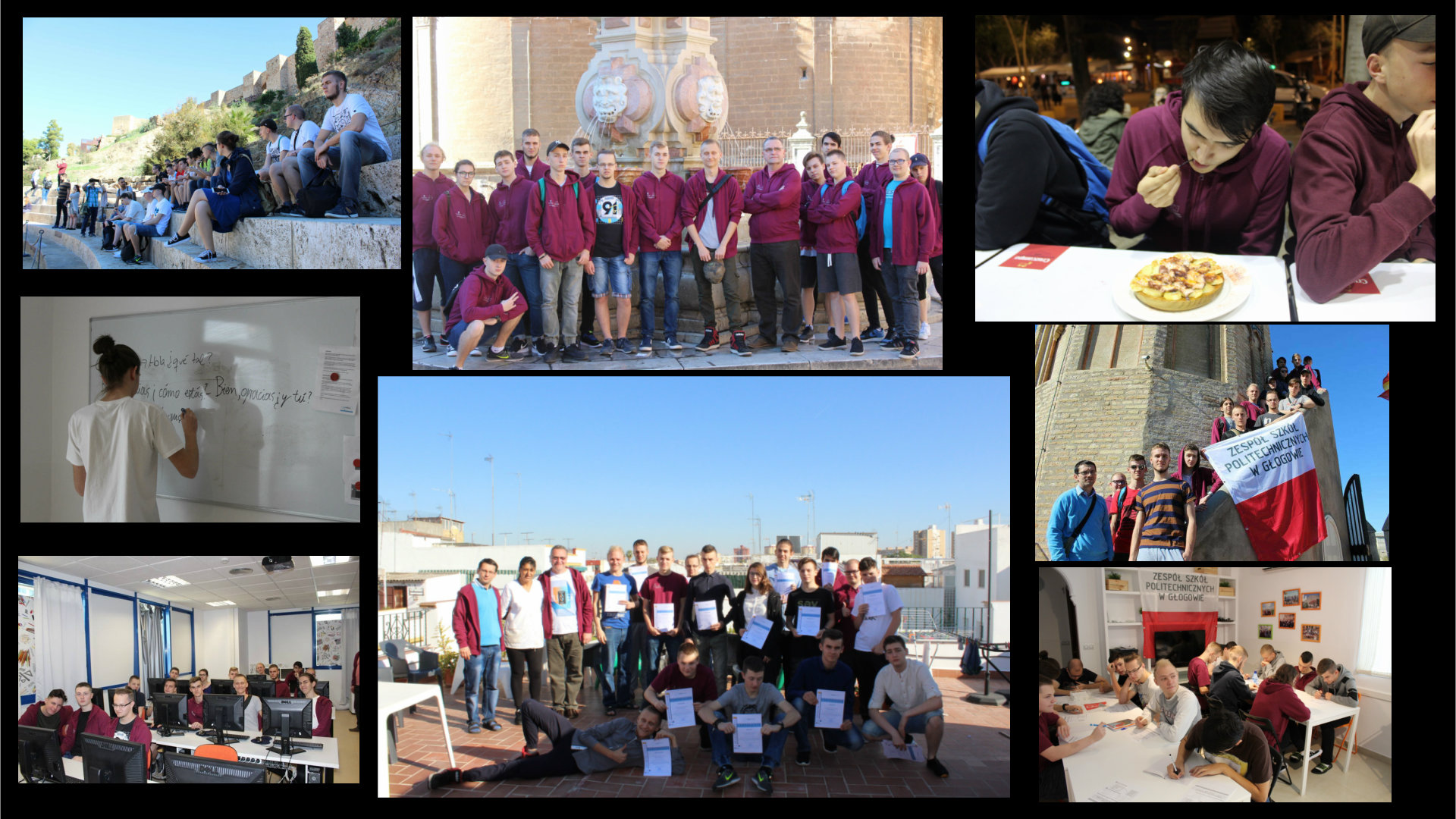 In November 2017, 16 students from Głogów (Poland) did a formative ten-days work experience in Seville as Video Games Developers. They worked in a company that was dealing with Video Game programming and developing, carrying out several tasks, such as:

Furthermore, they learned some Spanish and some Spanish culture during a Spanish course, a Seville Tour and a Tapas Night. They also had a great time during a trip to the beautiful city of Málaga. ‘During our placements in Spain, I liked the most trip to Malaga. Group coordinator Kuba told us about Seville and Malaga, that I didn’t know. Thanks to our Spanish teacher I know the Spanish language a little. Mauricio Garcia, he taught me the basics of making games in Unity, this is why I’m planning to start trying to create games.’ ‘The weather was really nice and the food was always tasty. During our placements in Spain, I liked the most trip to Giralda.  I’ve learned new things about creating games. Spanish teacher is very nice. The city is beautiful.’ ‘During the Spanish lessons, I learned many useful things. I learned the secrets of programming and creating games that may be useful to me in the future. The best tour for me was Malaga, there were many nice views.’