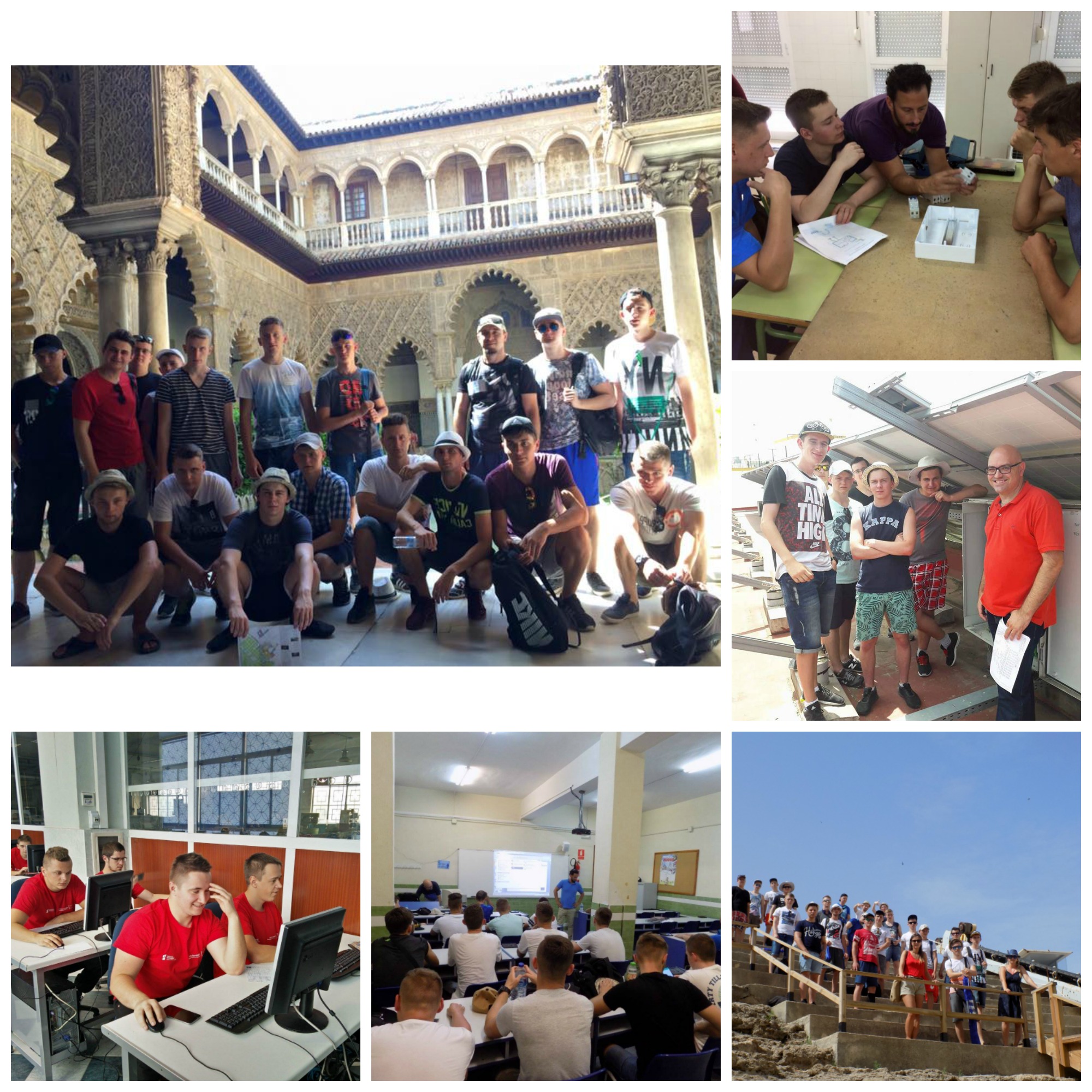 In June 2017, 20 Polish students from Kielce spent their time in Seville for an internship as solar pannels installators, microsystem technologies learners and network system managers. During their apprendiceship they carried out several tasks, such as:

During their stay they could also enjoy some free time and visit the beautiful city of Seville during a Seville bike tour. They also took part in an overwhelming Spanish course and in an exciting cultural trip to the fascinating city of Córdoba. ‘During the training, I expanded my knowledge about renewable energy, I discovered the beautiful city of Seville, and I learnt about culture and history. Speaking English every day allowed me to get better at it. Our coordinator Natalia and the teacher Javier were very helpful and nice. Without a doubt I would like to take part again  in such a project and I recommended it to everyone.’ ‘I am happy that I could participate in such an experience. Traveling, contacts, getting to know another country and its culture… Thanks to this project I have gained a lot of self-confidence and in the future, I would not hesitate to work abroad. I am grateful for our teachers and Ms Natalia for taking care of us. I would like to encourage others to participate in such a wonderful and inspiring project.’