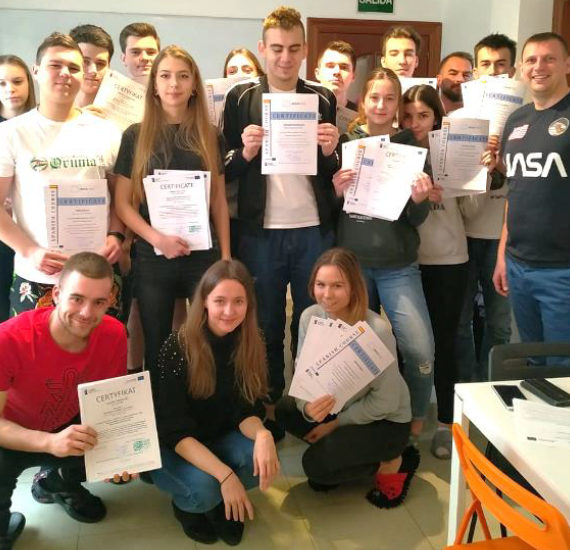 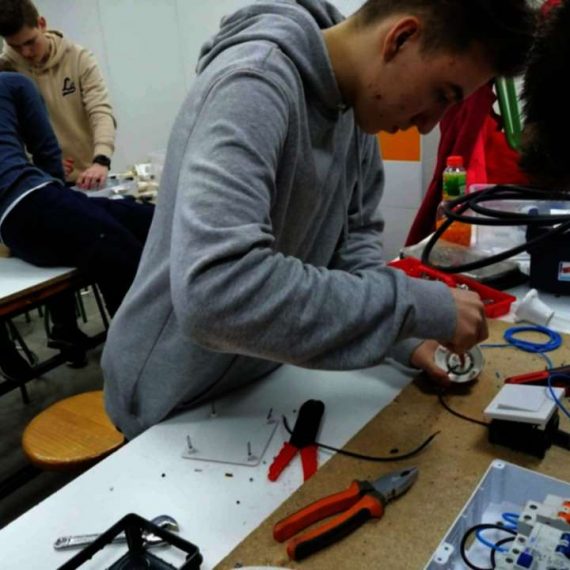 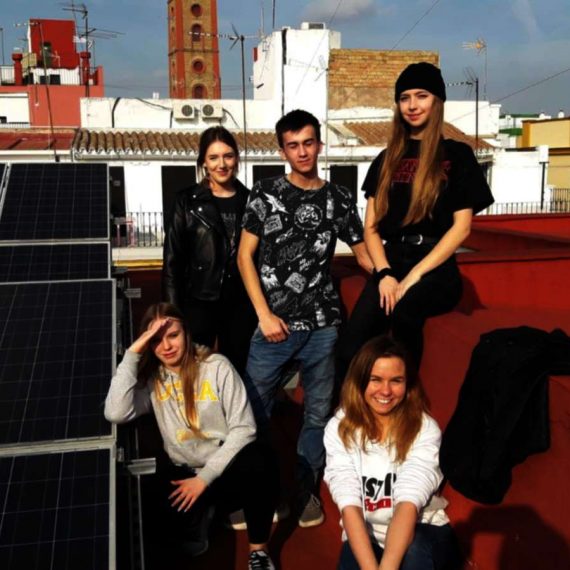 At the end of January, euroMind welcomed a group of 16 Polish students to Seville where they carried out a group work placement in solar energy instalment.

This placement allowed the students to develop existing skills, as well as learn a number of new ones. The most important of these being the ability to recognise the benefits of solar energy, and risks that accompany working with it. The group also learnt how to assemble electrical panels, AC power circuits, and solar circuits for the houses they were working on, and to measure the voltage and electrical current using a multimetre. Finally, they became familiar with assembling, calculating, and designing solar installations from a computer, as well as assembling plumbing installations with solar pumps, and solar lamps with twilight switches.

Beyond the tasks and responsibilities of the group work placement, the students also took part in various cultural activities and trips during their time in Spain. The first of these was a visit to the Metropol Parasol (also known as Las Setas), the largest wooden structure in the world. Here, the group was able to enjoy spectacular views of the whole city from the viewing platform. Furthermore, by a member of the euroMind team, the group were taken on a tour of Seville which allowed the trainees to admire the city and understand it from a historical and artistic point of view, and also gave them plenty shopping and eating tips. They also had the chance to travel to other cities in Andalusia on the weekends. The first of these trips further afield was to Granada. Here, the students enjoyed a great variety of stunning landscapes and views that Granada has to offer, situated at the foot of the Sierra Nevada mountain range. They visited the famous Alhambra and Generalife gardens, as well as some interesting historical landmarks including the Cathedral and a number of squares. Finally, they spent a day in Cordoba where they visited the Mezquita (a declared UNESCO World Heritage Site), the Alcazar and adjacent gardens, the Calahorra Tower, and the Roman Bridge of Cordoba.

The group thoroughly enjoyed their time in Seville, and look forward to applying the skills and knowledge they have worked on in Seville to their studies back home. Furthermore, the broader cultural awareness that they have gained from living in, and exploring Andalusia, will serve them well in the future. My impressions about the whole stay are sensational, I really liked the fully equipped place of internships and the teachers many years of experience, which made me learn a lot, for this short time spent here. The Spanish language course was easy, simple and pleasant, and thanks to learning some basic vocabulary I could exchange a few sentences with a native Spanish speaker and communicate with sellers in the store. The trips were amazing, and thanks to the positive attitude of tutors and teachers, we got up every morning with a smile on our faces and attended every class. I consider my stay in Spain very successful. Despite the weather, I got to know interesting places in Andalusia: Seville, our place of stay, Granada and Córdoba. It was a very nice place, professionally presented by great coordinators. During the internship I learned the basics of electrics and even some plumbing. Our teacher always offered help and good advice, and he had a good attitude towards us, he was a calm and composed person. We were able to make a model of the electrical installation (lighting and home bell) and most importantly – a model of an ecological wooden house! I hope to be back again someday. For sure, I will never forget this internship. 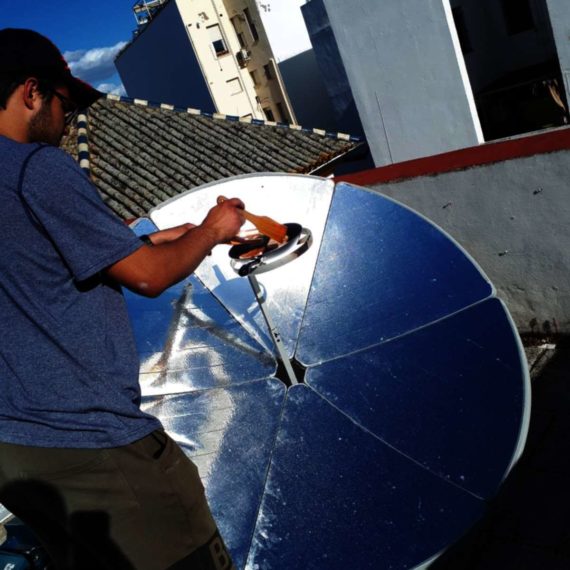 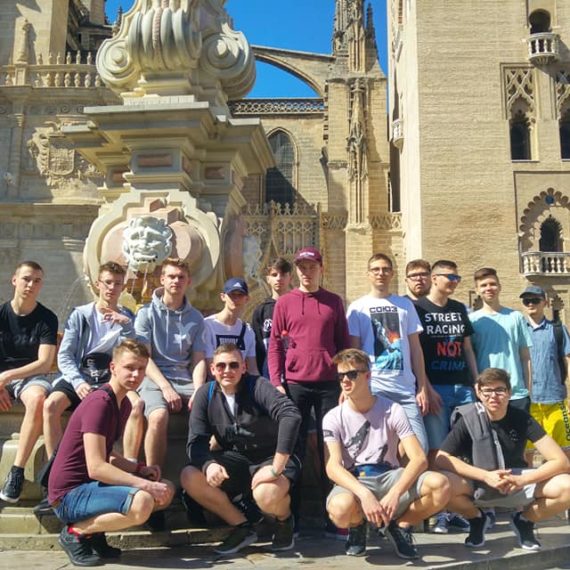 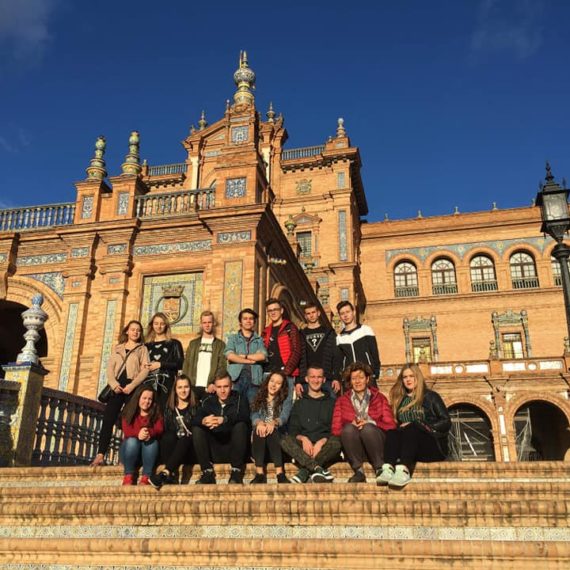 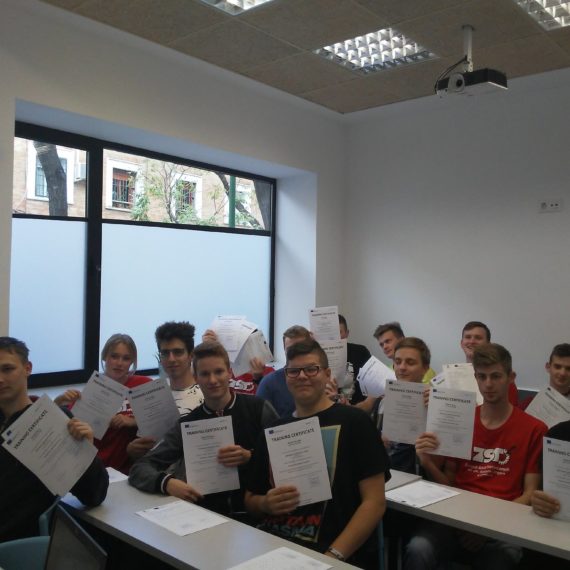