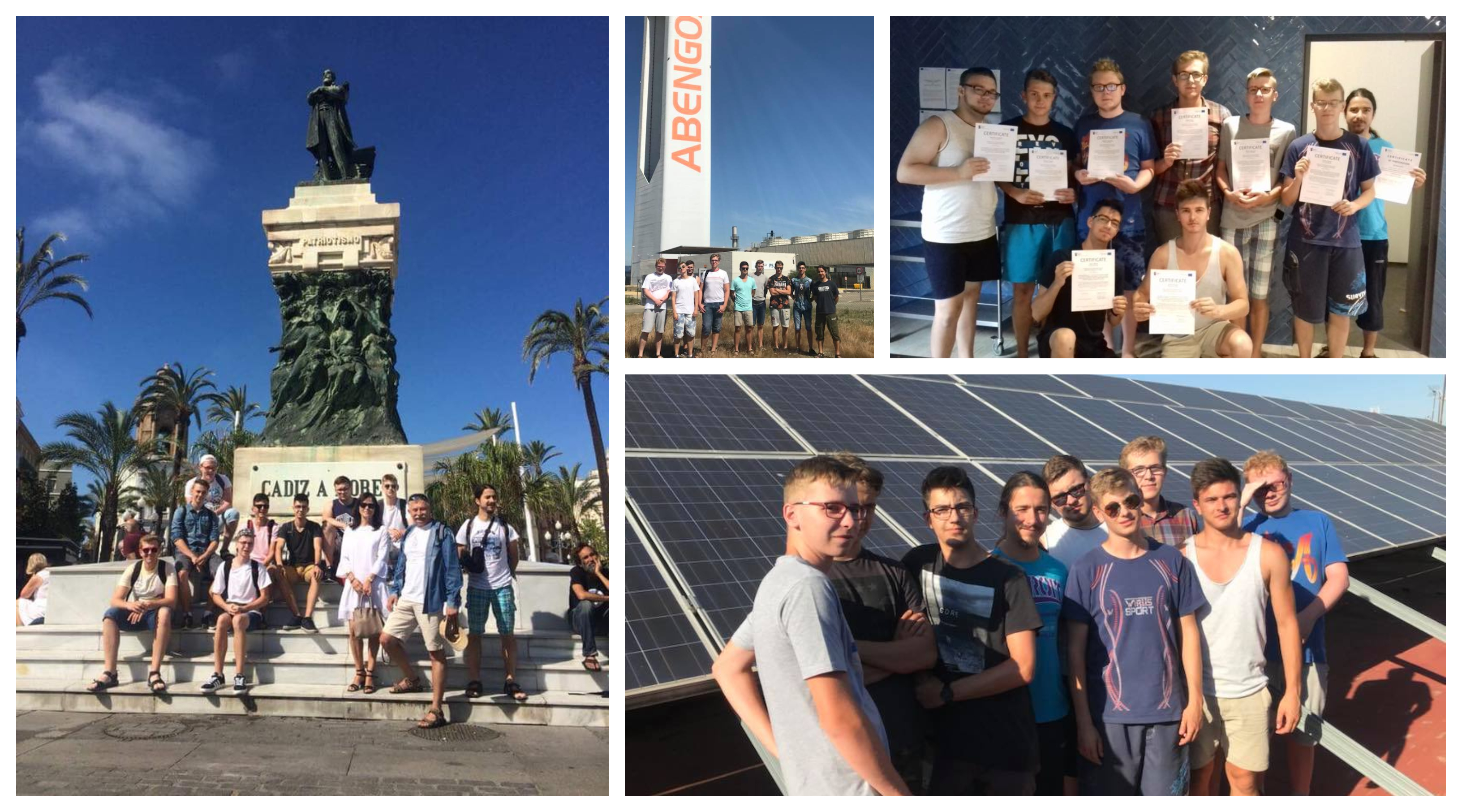 In June 2018, we had the pleasure to host a group of 8 Polish students from Bielsko-Biała for their two-weeks work experience in Seville. Their formative training was about working in the Renewable Energies sector, in the specific field of Solar Energy and Solar House. In the company where they were working in, they developed their knowledge and carried out several tasks, such as:

Moreover, they discovered the Andalusian capital during a Seville Tour, as well as they had a marvellous trip to the beautiful city of Cadiz. During Tapas Night they could taste some local specialties like Spanish tortilla or pulpo a la gallega. They could also take part in a study visit to an international company that applies innovative technology solutions for sustainability in the energy and environment sectors generating electricity from renewable resources; there they understood new technologies types, whose operation depends on solar energy and they broaden their knowledge about thermo-solar technologies and its uses in the human development.

Hi my name is Mikołaj. I took part in Erasmus project. It was great experience because I learned a lot about solar and photovoltaic installations. Erasmus project gave me exactly what I need to be better in my future profession. I was able to gain a lot practical information and manual skills, also my English is much more fluent and now I haven’t got any language barriers. Project gave me possibility to discover slightly different culture. In Seville I experienced Spanish traditional food, and I saw many monuments. It was very grate life experience and I´m glad of being able to take part in it. I’m very grateful that I had the chance to spend 14 days in Spain and do the things I’ve done. I’ve gained lots of experience, learned a lot about the renewable energy and became a better person: I’m now more confident and independent. I also have learned a lot of about Spanish culture and have visited the most popular places in Seville. I hope that someday I’ll have an another chance to be an Erasmus+ participant.